Varo arrived in Mexico at the end of 1941 having had to flee the oppression of Vichy France and the Nazis.  She had been accepted by the Mexican government and granted the status of a political exile for one year but which could be renewed. She was allowed to find work with the exception of bars, cabarets and restaurants providing she did not displace any Mexican workers.    It is estimated that Mexico accepted more than fifteen thousand refugees into its country.  The majority of them could be termed the “intelligentsia”, who brought with them a much-needed stimulus to both the economic and cultural development of the country.  Many of these exiles believed that one day in the near future they would be able to return to France and Spain and so many of these exiles kept together rather than try to assimilate with Mexicans and their culture.

These exiled artist from Europe were not loved by everybody and the most popular Mexican artist of the time, Diego Rivera and his partner Freda Kahlo. who held the position of being the reigning leaders of Mexican artistic culture rejected what they deemed as the foreign colonializing influences of the newly arrived European artists.  Kahlo who had been in Paris in 1939 for her own exhibition at the Pierre Colle gallery and who had been a guest of André Breton was surprisingly scathing about the Surrealist painters.  In a letter from Kahlo to Nikolas Murray, a Hungarian-born American photographer and her long-time lover, in the March of that year, she wrote:

“…They make me vomit.  They are so damn ‘intellectual’ and rotten that I can’t stand them anymore……I’d rather sit on the floor in the market at Toluca and sell tortillas, than to have anything to do with those ‘artistic’ bitches of Paris…”

One of Remedios’ closest friends when she arrived in Mexico was the English Surrealist painter Leonora Carrington, who like Remedios had to flee from the Vichy and Nazi controlled France and find refuge in Mexico.  Leonora and Remedios, who had first met in France in the late 1930’s, got together nearly every day and the two women formed an intense connection and would talk about their dreams for the future. 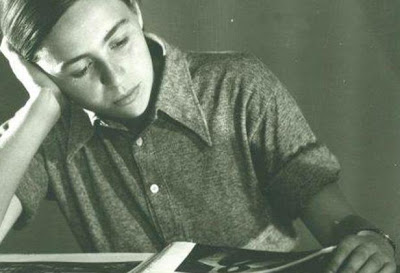 In her early days in Mexico, Remedios did few paintings and spent most of her time writing.  She and Leonora Carrington would write fairy tales, collaborated on a play, invented Surrealistic potions and recipes, and influenced each other’s work. The two women, together with another of their friends, the photographer Kati Horna became known as “the three witches”

Once in Mexico, Varo took on a variety of jobs, hand painting furniture and restoring pre-Columbian artifacts. In 1942, she worked with Marc Chagall, a fellow refugee from Air-Bel in Marseilles, designing costumes for Leon Massine’s ballet, Aleko.  Remedios completed a painting in 1957 entitled Women’s Tailor which shows the wild imagination she had when it came to costume designs.  The setting is a showroom in an haute-couture fashion house and we see the dress designer proudly parading his models wearing his dresses in front of a potential client.  She had always loved designing and making clothes and would often design clothes for many of the exiled Surrealist costume parties.

Remedios Varo’s main source of income in the late 1940’s was the work she did for Casa Bayer (the Bayer pharmaceutical company).  She was tasked with illustrating their promotional literature.  One example of this was her work, Insomnia, which was incorporated into a pamphlet advertising Bayer’s sleeping pills, which included the words warning of the trauma of insomnia:

“…Sensing that someone has been observing them, they open tired eyelids, searching the nocturnal shadows !   Undefined anxiety fills the solitude of the dark, dry rooms, devoid of warmth…”

Another pamphlet Remedios illustrated was one focusing on back pain which Bayer pharmaceuticals could alleviate.  The horrors of the ailment were summed up by Bayer in their leaflet:

“…As if sharp nails are being driven into flesh…..into the joints, into the bones, into the nerves…..!!!  These are the sensations that one can suffer, Rheumatism….lumbago….sciatica….! !…”

Remedios Varo’s illustration for the 1947 Bayer pamphlet entitled Rheumatism, lumbago, sciatica, added greater force to the words.  In the work we see a man depicted running through a boulder-strewn field with pointed objects piercing his feet and body.   In the background there is a castle with conical towers and crenelated walls which harks back to the Spanish castles of Varo’s childhood.

It is also believed that Varo drew inspiration for this depiction of spikes and nails entering the man’s body from Freda Kahlo’s 1944 work Broken Column which she painted as a reminder of how her body had been broken and put together again after she was involved in traffic accident whilst riding on an old wooden bus, which collided with a streetcar. Several people were killed, and Kahlo suffered nearly fatal injuries—an iron handrail impaled her through her pelvis, fracturing the bone. She also fractured several ribs, her legs, and her collarbone which was to leave her in pain for the rest of her life.

It is interesting to note that all the commercial illustrations she did for Bayer and other companies were signed “Uranga”, her mother’s maiden name.  Varo was determined to clearly separate her commercial work from her own art which she was happy to sign in her own name.

Although Remedios was beginning to enjoy life in Mexico, her second husband Benjamin Péret was homesick for France and wanted to return there with Varo but his financial situation would not allow him to purchase a passage on a ship to France.  He wrote to his old friend André Breton, who had been exiled in America and the Caribbean until 1946, when he had managed to return to Paris.  Péret’s letters to Breton were sad and pleading.   In March 1947 he wrote:

“…It’s true I have not written for a long time, but what’s the use of writing to give always discouraging news:  abominable material circumstances, no hope of prompt return…”

In October 1947 he wrote again to Breton telling of his poor financial situation:

“…I still can’t make any arrangements for return, for lack of money.  As soon as this is possible, I’ll let you know…”

Breton and other friends of Péret finally rallied around and staged an exhibition for him at the Paris Galerie Rive Gauche.  Artists, such as Picasso, Miro, Tanguy, Dominguez and Breton contributed works, the sale of which was enough to pay for a single one-way passage and by late 1947 Péret was ensconced once again in his beloved Paris.  Remedios Varo refused to accompany her husband for she had made her home in Mexico and did not or could not return to her homeland which held so many bad memories for her.  Her relationship with Péret had been going downhill for some time.  Varo’s close friend, Kati Horna, a Hungarian photographer, explained why Remedios’ relationship with Péret had run its course:

“…Péret was so intellectual, so distracted, that although he was a kind and generous man, he did not participate actively.  He was always lost in thought, his head in the clouds, thinking weighty thoughts…”

Varo had already started a new relationship before her husband had taken his leave of Mexico.  The new love of her life was a French pilot and adventurer, Jean Nicholl, a fellow refugee whom Péret and Varo had sheltered

To get over the break with her husband, Remedios travelled with her new friend/lover Jean Nicolle to Venezuela at the end of 1947.  Her brother Rodrigo was living in Venezuela, working as an epidemiologist and had brought with him his family and his mother.  It is quite possible Remedios’ mother was horrified when she met her daughter and her new flamboyant lover who was fourteen years younger than her, and who were now living together.  Her mother’s Catholic sensibility must have taken a big hit, knowing her daughter’s first marriage had ended in divorce, her second partner had left her and gone back to Paris and now she was living with a third man!       Her answer was a plea for her daughter to attend mass with her.  Remedios did accompany her mother to church – but just the once.   Remedios’ stay in Venezuela came to an end at the start of 1949.

Around the time of their return from Venezuela, Remedios and Jean Nicolle’s relationship began to peter out and soon they became separated and eventually their romantic interlude came to an end.  A new man came in to Remedios’ life, an Austrian political refugee Walter Gruen whom she had first met in the early 1940’s.  However, they did not become closer until Péret had left for Paris in 1947, her relationship with Jean Nicolle had been downgraded to just a friendship and Gruen’s first wife, Clari had died in a tragic drowning accident.

Gruen had once been a medical student in Austria until Hitler came to power which put and end to his studies.  He decided that his life was in danger and managed to escape Europe and settle in Mexico.  He arrived with no possessions and very little money.  Initially he worked in a tyre shop and persuaded the owner that he could make extra money by selling phonograph records as well as tyres and Gruen and the owner set up a record shop at the front of the store.  Soon Gruen’s finances improved, so much so, he bought the tyre shop owner out and by the early 1950’s Gruen had transformed the tyre store into one of Mexico’s most prestigious music stores.  Gruen named his store Sala Margolín after the tyre store owner who had given him his first chance in Mexico.  Remedios moved in with Gruen in 1951 and lived in an apartment block on calle Alvaro Obregón close to Sala Margolín in a middle-class neighbourhood.

They occupied two apartments on either side of a landing, one of which had a high-ceiling third floor studio which had a door leading out to a small terrace, where Remedios would spend hours on end painting.  Walter and Remedios married in 1952.  Remedios was adamant that despite Gruen having a lucrative business she would contribute equally to their living expenses.  Gruen gave Remedios his unwavering support which allowed her to free herself from her commercial work and devote herself entirely to her own artistic vision.

This was the start of Remedios Varo’s great painting years.

Most of the information for this blog, apart from the usual sources, comes from Janet A. Kaplan’s excellent book entitled Remedios Varo, Unexpected Journeys.  This is a must-read book if you want a fuller version of the life and times of Remedios Varo.

One thought on “Remedios Varo. Part 4 – A new life in Mexico”